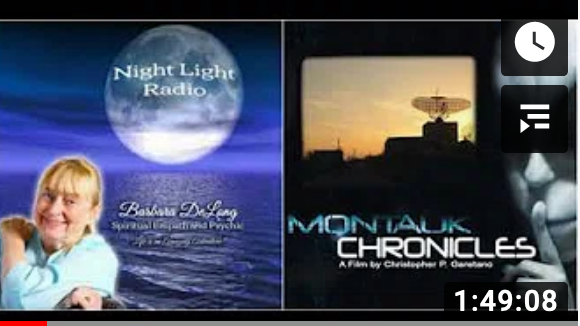 Montauk Chronicles is the story of three men who claim that between 1971 and 1983 secret experiments were conducted deep beneath the surface of the Camp Hero Air Force base, located in Montauk long Island, New York. Christopher Garetano began his journey in 2006 subsequently creating two different films on the subject matter. The final film is a culmination of almost a decade-long investigation regarding the alleged Camp Hero Experiments. He traveled around the country to personally interview the men who started the legend; Alfred Bielek, Stewart Swerdlow and Preston Nichols. The film features interviews with all three men. In January 2015 Montauk Chronicles premiered at the Philip K. Dick Film Festival in New York and won The Best Documentary Award. In February 2015, Preston and Christopher were featured on the nationwide talk show Coast to Coast AM. Christopher is forever devoted to exploring original territory in movie making. http://mtkchronicles.com