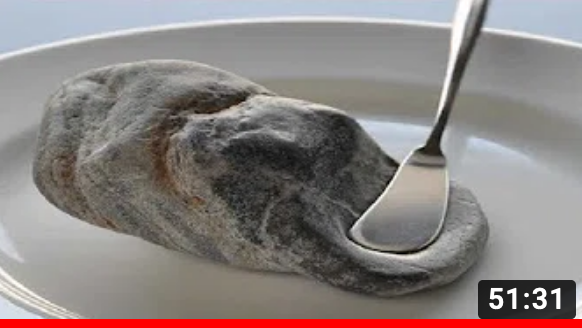 akes us around the world looking at astonishing megalithic structures and ancient technology that continues to baffle main stream archaeologists to this day. Were they able to soften rock hard stone? It is suggested that only power tools could have made the intricate articulation and drill holes found in extremely hard granite and basalt blocks in discovered around the world, and that the megalith builders had to have had advanced methods for moving and stacking gigantic blocks of stone, some weighing over 100 tons. The known ancient civilizations didn’t build any of this! Who would (and with what?) cut such enormous blocks of granite to such specific dimensions, drag them down and up tremendous mountains and then fit them in so tightly that a razor blade cannot fit between any two stones? Some of these boulders weigh hundreds of thousands of pounds! Any civilization of the last 5000 years (including modern man) does not have the capabilities to create such structures! In fact any rational civilization would conclude, “We’ve got to construct with ‘smaller stones’!” Still, we must ponder because these stones and the formations created are ‘real’, “Who did this, and why?”