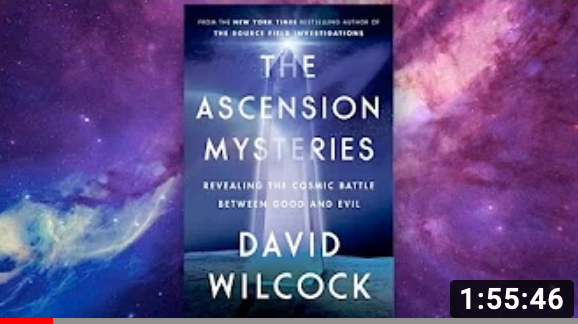 Join David in this epic two-hour tour-de-force of highly classified insider information revealing the true multi-million-year cosmic history of our solar system. A battle rages on between the forces of good and evil and it is still playing itself out in today’s headlines. The Illuminati believe they are the descendants of a half-million-year-old race that had originally colonized much of our solar system. See the original NASA photos of the ruins they left behind in this video! When they first arrived here, they were giants — 12 to 14 feet tall — and had elongated skulls. They quickly took over the planet and interbred with native humans, creating a red and blonde-haired, blue-eyed, white-skinned race. This civilization originally found ruins from an “Ancient Builder Race” that was much older. Our latest intel is that the Builder ruins may be over two billion years old, and are usually made out of a transparent aluminum alloy. This video contains a great deal of data and images of giant skeletons that did not make it into the book due to size constraints. There is also significantly more intel in the book than we had time to cram into this one video — so the two work very well together as companion pieces. The footage is from David’s first professionally-filmed conference in February 2015, where the material for a possible new book was tested in front of a live audience. The talk went over so well that David and the publisher decided to turn it into The Ascension Mysteries! If you grab your copy of the book before August 30th, 2016, you get a significant discount and directly help ensure David gets on the New York Times best-seller list for the third time. This is of critical importance in ensuring this information is taken seriously. David also has two shows on Gaia, Wisdom Teachings and Cosmic Disclosure, which reveal far more about sacred science and the secret space program. You can gain access here:http://www.gaia.com/davidwilcock